Closure and this - How are variables resolved within a function? 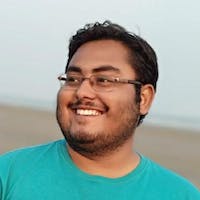 Let's start with a example of closure -

Here we have a outer function, which returns a inner function, and this inner function is called later inside another block scope. The scope for each of them is labelled from A to C, and there is also a outermost global scope.

What is the output above? How is the variable myText resolved within the function?

In the same note, how is this resolved within the function body?

Creating and calling function is different

Let's understand in depth, from the start.

A function has 2 distinct phases - function creation and function call.
Function is created when you define it (with hoisting) in the lexical scope or creation scope. Now, this function can be stored in some variable and called much later - from the caller scope. These creation and caller scopes might be different.

All of these sound obvious, but it's easy to forget the difference. So, let's actually see the 2 phases for our inner function -

Here, function inner will get created when outer is called, and the creation scope is scope A. But it is called later in scope C.

When function is created

When a function F is being created, it stores a few internal properties. Two of them are important for this understanding.

In this article, we'll only look at how this is resolved - not the actual value of this. For that, please read my previous post.

When function is called

✅ Now, scopes are chained - so, this new function scope (LE) needs to decide what is it's parent scope (outerEnv). It has 2 options -

It decides to set the lexical scope as parent, ignoring the caller scope.

Looking back at our code, that means -

Now, when we use something like console.log(myText) in the function body - it needs to resolve or lookup the variable myText.

For variable lookup,
a. it will check in the current LexicalEnvironment (i.e. the new local scope) first, and
b. if it doesn't find the variable there, it will check in it's parent scope (parent of LE = F.[[Environment]] = lexical/closure scope),
c. and so on.

This lookup will finally end when it reaches the global scope (which doesn't have any parent scope). If the variable is still not found, it will throw a ReferenceError.

If you remember the scope chain of inner func, this means that the variable will be looked up in lexical/creation scope (scopeA) and NEVER in caller scope (scopeC). This behavior is called as closure or lexical scoping.
Even if there is no definition for myText in the lexical scope (scopeA), it will NOT use the value from scopeC - and indeed throw a error. Example ⤵️

(Actual implementation of closure in different engines will optimize the closure by only storing variables that are actually being used (if any). But the Ecmascript specification doesn't talk about those optimizations and tells you to directly store the whole lexical scope, for all functions.)

Earlier, we looked at how normal variables get resolved in a function. But whenever you write this.someThing, the value of this does NOT get resolved in the same way. It is known as a ThisExpression, which gets resolved specially.

In summary, the function scope has 2 properties which say - whether the scope has a this value or not and if it has, then what is the value. Arrow functions will not have any this value, but normal functions will.

This FunctionEnvironment also has 2 helper methods -

These two methods are implemented on all types of environments (scope). Here is a summary of what these methods return on other environments -

Now, back to the special resolving logic for this. It will do -

Starting from the FunctionEnvironment (i.e. current function scope),
a. if env.HasThisBinding(), then return env.GetThisBinding()
b. else, move up to parent scope and repeat.

It will finally reach global scope, which always provides a this value (global object). For modules, it will stop at the module scope - whose this value is undefined.

In short, it means that the value of this will be resolved from the closest this-providing scope. (Follow the table above.)

What does this explain?

A. Arrow functions don't have their own this value. It is taken from the closest this-providing scope.

B. Block scopes also don't have their own this value.

C. In modules, top-level this is undefined.

That's all. Thanks for reading. I post on LinkedIn regularly about more javascript stuff.

This is really amazing, thanks for sharing! 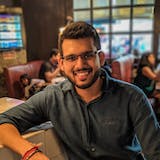 Great article to know inner working of scope resolution in JS. Small suggestion - would had been easy to understand (soak in this information) if there was some kind of visualisation (block diagram or flow chart, etc)